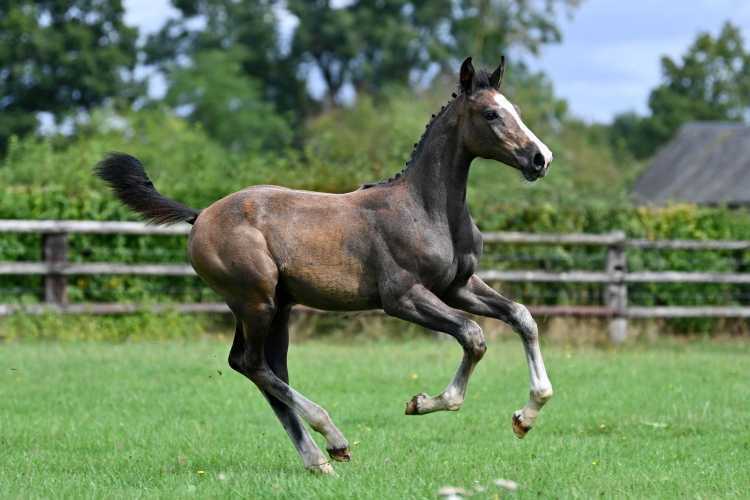 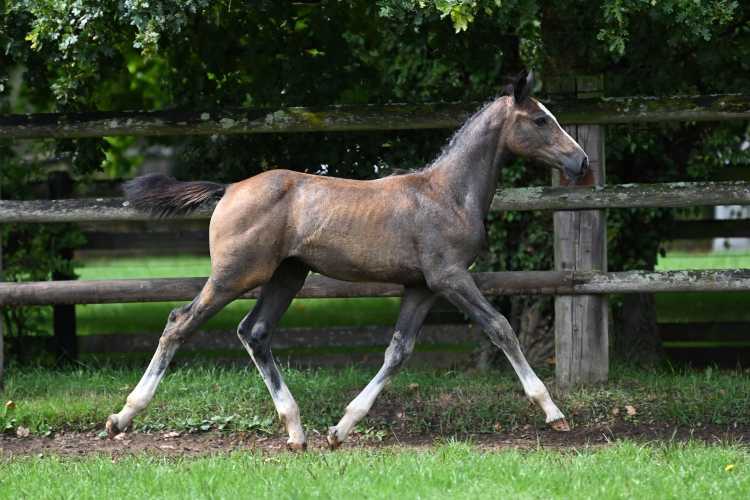 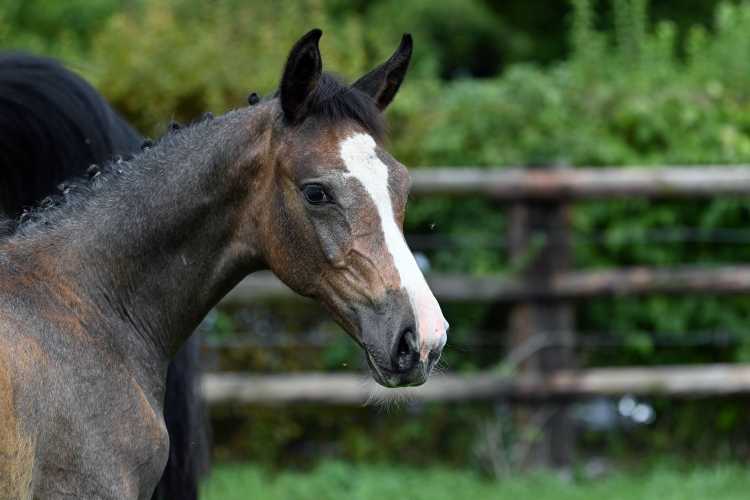 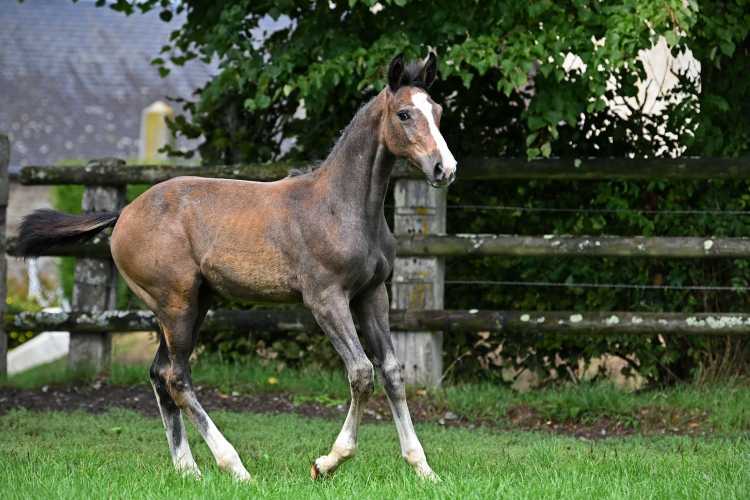 N°7 (lucky number!) MASHA MAIL has an exceptional pedigree.
She is the daughter of one of the best stallions in the world, the great champion CORNET OBOLENSKY and our crack KATCHINA MAIL.
This gray filly is exceptional by the rarity of her origin, her model, her presence, her class, her amplitude and her locomotion, a real "rare pearl".
His father the famous CORNET OBOLENSKY (Clinton x Heartbreaker) was a great performer (2008 Olympics) before becoming one of the best stallions in the world, sire of great champions and stallions.
His mother is our great champion KATCHINA MAIL, daughter of the Holsteiner CALVARO (Caletto II) and our base mare ELVIRA MAIL (Laudanum ps x Almé).
KATCHINA won the French Championship at 6 years old with Patrice Delaveau, then she had an exceptional career in CSIW and CSIO GP 1m60, winning the Birmingham Horse of The Year Grand Prix, 1st in the German Master in Stuttgart, 1st in the Grand Prix of the CSIO 5* of Gijon, 1st of the GP of the CSI3* of Gesteren, 3rd of the GPWC of Oslo, 3rd of the Grand Prix 5* of Deauville, 7th of the GP of the CSI 5* of Cannes, 7th of the GP CSIW 5* of Helsinky, 6th in the GP W 5* in Vigo, 3rd in the GP in Bordeaux, 7th in the GP 5* in Paris-Porte de Versailles, 4th in the GP CSI 4* in Bourg en Bresse, 7th in the GP CSIO 5* in Dublin, 1st in the CSIO 5* Nations Cup in Rome, 1st in the CSIO 5* Nations Cup in Gijon, 3rd in the CSIO 5* Nations Cup in Falsterbo and also 11th in the 2010 Final World Cup in Geneva and Silver medal by team of the World Championship of Lexington 2010.

MASHA therefore has an exceptional pedigree, combined with a magnificent morphology and locomotion.
It should attract many investors from all over the world for sport and breeding.
What more could you wish for ? 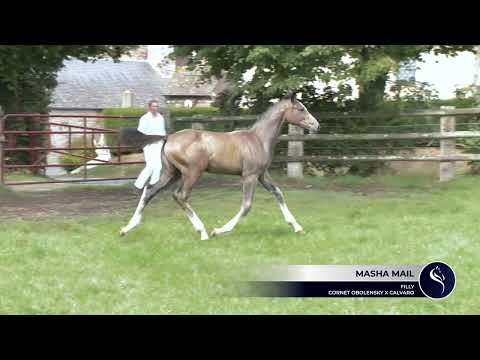 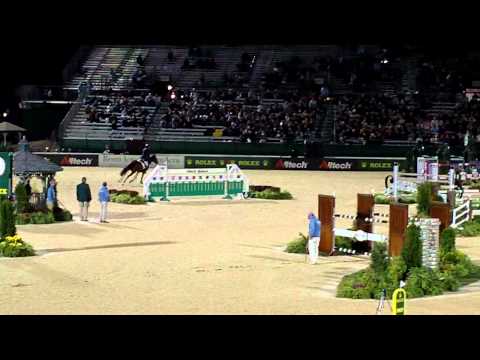 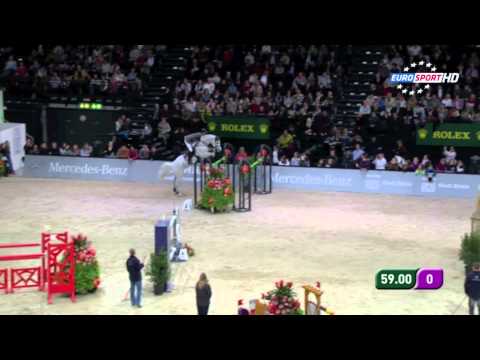 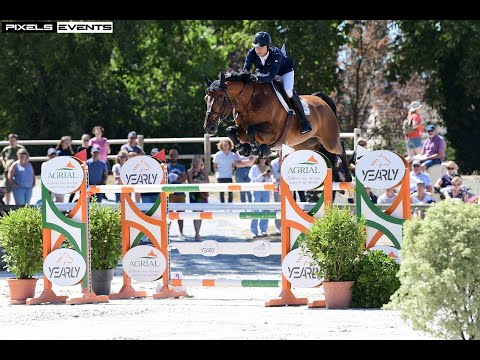 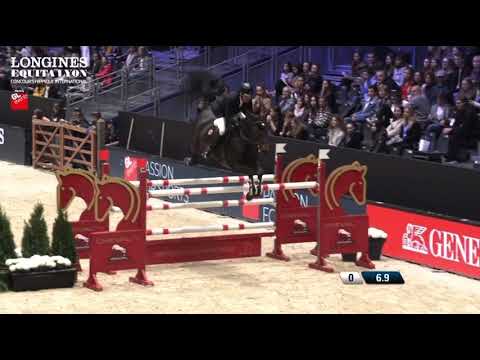 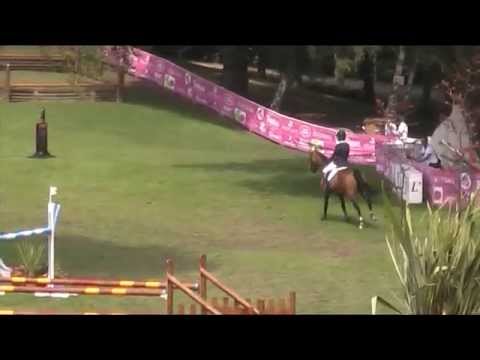 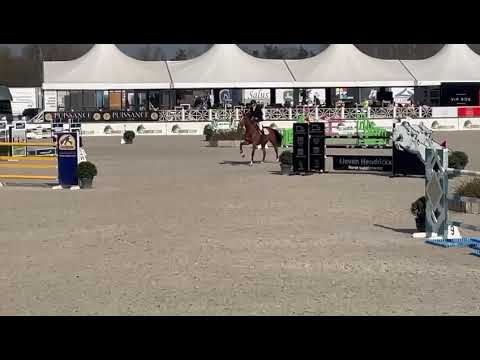 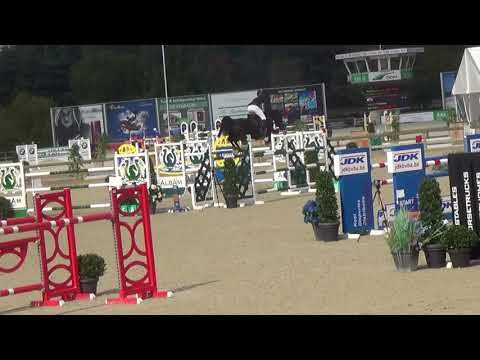 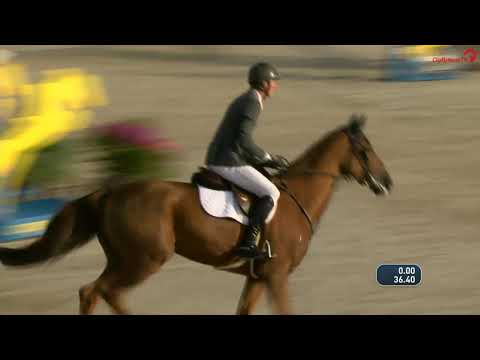 You must be logged in to view the documents

Get an appointment for MASHA MAIL

You must be logged in to make an appointment
Go back

Confirm your registration received by email.
(Don't forget to check the "spam" folder! If the mail was received here: add the email address to your contact so you don't miss anything from us!)

Enjoy !
Keep an eye on your bids in your "my bids" section.
Don't worry, you will also be notified by email in the case of an overbid!

CONGRATULATIONS, YOU WILL BE CONTACTED BY OUR TEAM SHORTLY